I have just received a call from Alan's wife, Debbie, to say that Alan passed away in his sleep this afternoon.

Alan was a colleague of mine for many years and when he left the firm a few years ago we kept in touch and we became good friends. I introduced him to our Saturday morning club rides and over the past couple of years Alan would ride with the off-road group, as he did this morning. I have spoken to Andy Pearce this evening to learn that Alan had an enjoyable ride and appeared in good health. The ride was shorter than normal and Alan did not fall. When he got home he saw Debbie and his daughter, took a bath, and had a nap on his bed from which he never returned. He was 54.

Me 'n G at the Velodrome 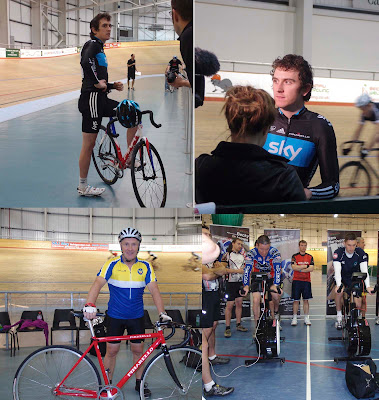 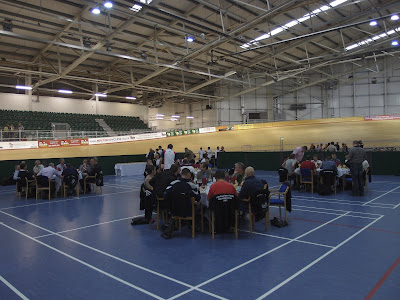 Today's ride happened entirely by chance. A couple of weeks ago I was glancing at road.cc and saw a couple of lines offering the last few tickets at the Geraint Thomas track day at a discount. I'm always up for a bargain, but, together with others, I might well have paid full price if they'd been advertised a bit better. But there you go.
Anyway, the time-table was to turn up at Newport Velodrome at 0830 to be fitted for a bike, ready for the off at 0900. Arrangements were good - bikes and mechanics were ready, and at 0900 the man himself arrived. 'Hello', he said, 'I'm Geraint'. I think most of us knew that, but it was polite of him.
The event was in four parts; a session on the 'Wattbikes' used by the GB squad to train; a track session; lunch in the centre of the Velodrome with the Mayor and Mayoress as guests and then an auction of cycling memorabilia such as signed shirts (and a new Trek Madone).
The WattBikes were interesting - they certainly gather a lot of data, and a coach would be able to make good use of it to train an athlete to deliver consistent performance and increased power. I don't think my performance will be transformed - though it did illustrate that I can deliver more power out of the saddle, but in a pretty inconsistent way. I sort-of knew that, but it's good to get the data to back up your hunch.
The track session was the highlight, and the reason for being there. I was pretty confident of a strong performance, having been coached by no less than Frank Cubis. 'Set off down the straight', he had told me, 'and then turn left'. Nothing to it. Well, not exactly - I've never ridden a fixie before, neither have I ridden on a banked track, but the organisation and coaching were excellent and within an hour or so I was proficient enough to do timed laps against the clock. Not the fastest, but not the slowest, either.
Once we had all had enough, G and some of his Sky chums showed us how it should be done, and just how quickly you could go with a motorbike pacing you. Impressive stuff.
Lunch was good - and eating in the centre of the Velodrome is quite a novelty. I skipped the auction as I've already got a lot of old cycle shirts. For the best, really - some bids started at £250.
Good fun all round - and instructive too. If you haven't tried it, it's worth a shot, though I don't think I have much of a future in Track Cycling.
Mark
Posted by Mark G at 18:15 2 comments: Links to this post 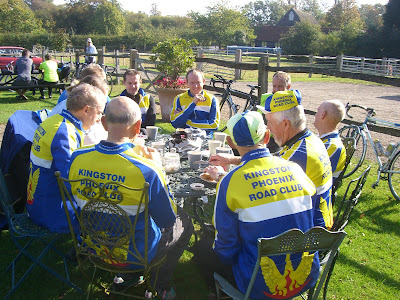 Sunday rides are now on winter mode, which means a bit slower . We want you to try them so any ride will be taylored to the slowest rider! This sundays run will go to Warnham Nature Reserve, which is really pretty in the autumn.
Posted by Jake at 16:20 No comments: Links to this post 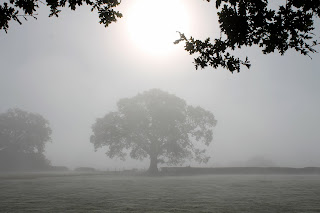 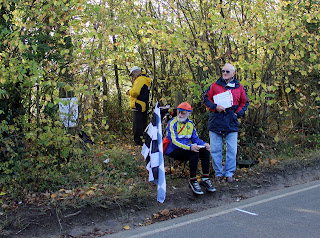 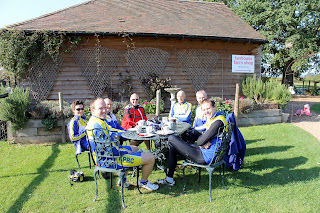 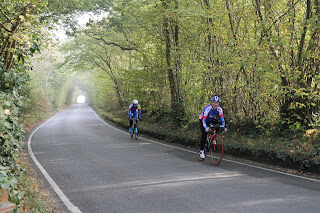 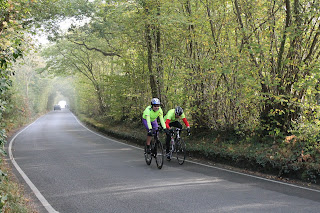 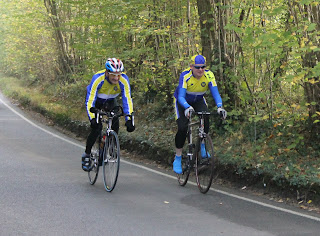 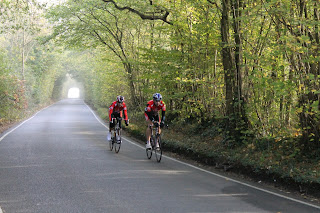 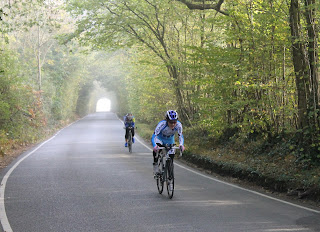 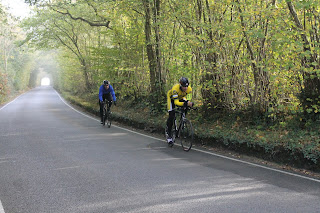 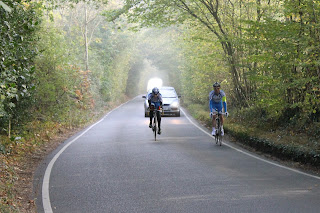 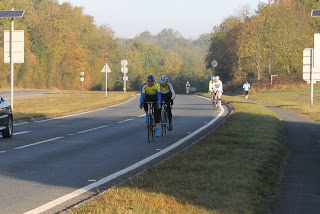 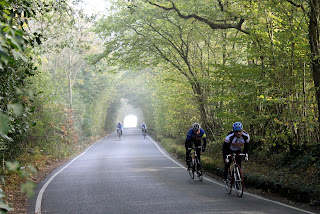 Hi all, see attached some pictures from today. It was a lovely but cold and partially very foggy morning, that is why I gave up taking more pictures after Andy and Grant were through the finish - it was simply too cold! Sorry Mike and Phil.... The tea stop afterwards was more to my taste then. See you, Mel
Posted by AndyA at 20:03 No comments: Links to this post

Flying the Phoenix colours in India! 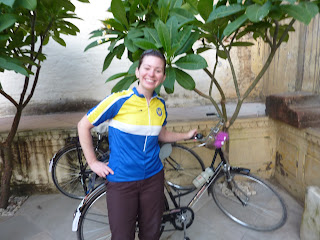 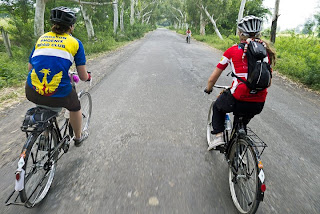 I've just returned from a 4 day cycle ride in Rajasthan! We flew to Delhi, caught the sleeper train to Jodhpur, where we picked up local single gear bikes and proceeded to ride to a small village that my company supports in Udaihpur, called Udawad!
We donated the bikes to the local children who will find it easier (and much more fun) to reach the school that we've helped them build.
The total mileage of our cycle was 260km, across some truly awful terrain: potholes like you wouldn't believe (there really was no point in signaling to the cyclist behind), stream crossings, crazy traffic and cow dodging!
There were 64 riders plus a support crew. We were given 2 branded cycle jerseys to wear on various days, but I couldn't resist flying the Phoenix colours on the 2nd day (see attached), which were most admired by all. Felt very proud :) happy
Many pics were taken on 63 other cameras, so will send through any more snaps of the Phoenix colours in India as and when I see them.
Lynda
Posted by Lisa at 15:09 1 comment: Links to this post

....no great surprise there then having done so well with the Sky GB team recently.
Posted by Steve at 18:54 1 comment: Links to this post

In Further Memory of Pete 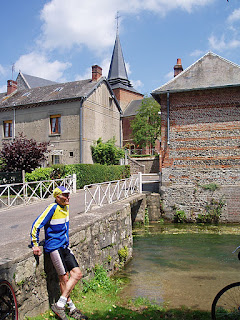 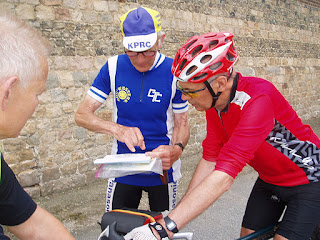 The picture below was taken on the way home from Easter Tour to Colchester 2008 at Malden
having visited the Jam factory at Tiptree. 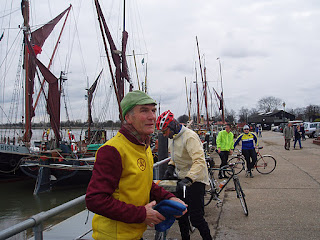 Posted by mike morley at 21:29 No comments: Links to this post

Further to the magnificent send off for Pete if you would like to make a donation towards a perpetual trophy may I offer you the option to make an electronic payment direct into the club's bank account.
Contact Lisa - lisa @ kprc.org.uk (without the spaces!), with your name, for the bank account details - because she knows who you all  are!
Alternatively cheques can be posted to Jake Dodd - address on the club address list or again email Lisa for details.
---
Posted by Steve at 08:04 No comments: Links to this post 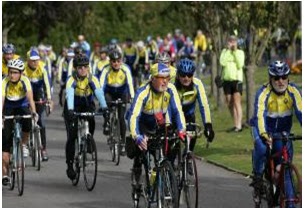 Here's the link to the article...

http://www.kingstonguardian.co.uk/news/9292348.Cyclists_pay_last_farewell_to_peer_in_funeral_procession/
Posted by Steve at 13:05 No comments: Links to this post 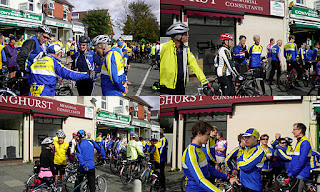 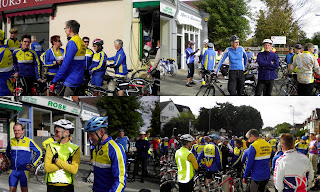 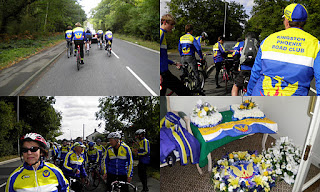 Firstly well done Mel to be the first to post I am sure that Pete would have been the first to say great pic's. The above are my contribution to a memorable man on a memaorable day and an amazing send off by his family, club and many many friends and admirers, he will be sadly missed but never forgoten!

Posted by mike morley at 01:09 No comments: Links to this post

Pete's funeral - some pictures from today 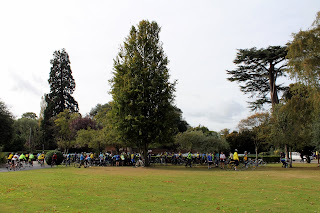 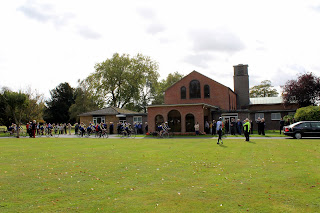 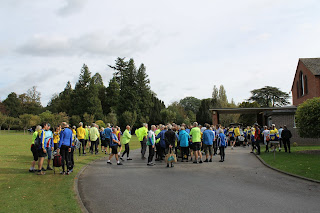 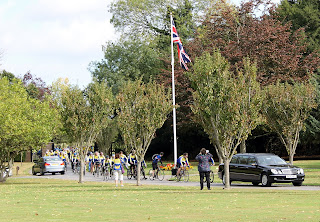 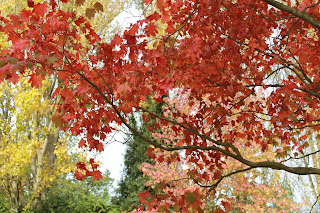 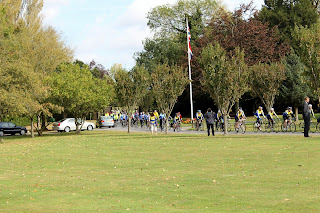 It was a very moving and emotional day for all of us. I took some pictures at the crematorium with the riders arriving and wanted to share these with you. Mel
Posted by AndyA at 21:31 No comments: Links to this post

This weekend is the weekend of the Southern classic Hill Climbs, the Catford and the Bec - with the more recent Brighton Mitre events on the Saturday making up a full weekend of Hill Climbing in our District.

The start sheets are not up at the CTT site, but are available on the club websites:

Joanne and Mike's son Tom Fricker is riding both events.