Notice is hereby given that the 2013 Annual General Meeting of the Kingston Phoenix Road Club will be held on Wednesday 4th December 2013 at the Worcester Park Athletic Club, Green Lane, Worcester Park, Surrey; commencing at 8pm sharp.

All motions for inclusion on the agenda, and any early nominations for Officers or Committee Members, must be lodged with the Honorary General Secretary at least 14 days prior to the AGM - no later than 20th November 2013. All motions shall be in writing and signed by both proposer and seconder. Any nominations shall also be signed by the nominee indicating their willingness to stand. Proposals/nominations by email will be accepted.

See Steve Hillier at the Reunion or pay at the AGM – don’t forget wallet or cheque book!
Senior, 1st Claim membership is £15: Cheques payable to Kingston Phoenix RC
Posted by Lisa at 09:51 No comments: 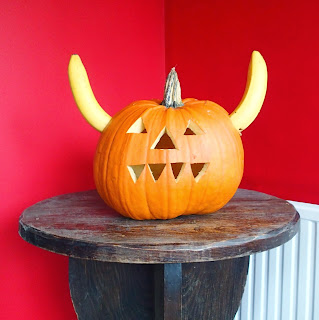 We made our base in the Cromwell Arms, which has the dual advantage of being a decent pub and being the start control for the event.  So on Sunday morning all I had to do was to tip out of bed and ride. 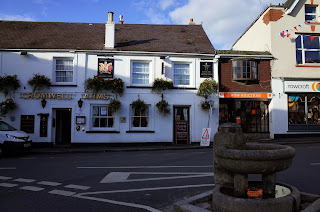 Sign-on in the bar, then gather in the car-park with the first wave for the start.  The event is so popular that the entry is divided into two waves of about 120 each to manage the numbers.  The first starts at 0800 and the second at 0900.  I had an early start, which seemed the best thing.

Out of the pub car-park and past a medieval arch, and we were straight on to the first steep hill.  Young flyers shot off; the more mature rider took it a bit steadier - there were plenty more hills to come.  Over the top and then a rolling climb to Moretonhampstead, before the real business of the day began.  Steeply up to Northmoor then just as steeply down again to the Teign valley.  Although it was sunny, heavy rain and high winds had filled the lanes with leaves and run-off from the banks.  Road signs gave the gradients as 20% up and 25% down; the GPS, as is often the case, gives a bit less.  But pretty steep, and tricky riding.  Before starting I had agonised over the best bike for the job, and had settled on my Boardman cycle-cross bike - grippy tyres and disc brakes.  It was already obvious that this was the right choice, and I began to reel in some of the flyers, both climbing and descending. (It is also fair to say that I never saw some of them again, but you just have to accept these things.)

More of the same to the first control at Drewsteignton, where I leaned my bike against a signpost while I went to get my card stamped and eat cake. 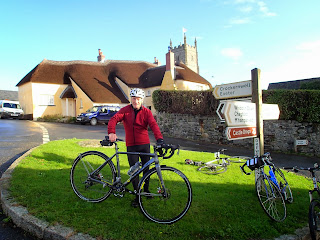 On return, it looked as if a minor mishap had occurred - the wind, while not the hurricane that followed, was very strong, and my bike had blown over.  Picking it up, I thought that my ride was over.  The left hand shifter had hit a rock and broken, and my immediate thought was that riding the Devil unable to change the front mech and with only one brake wouldn't be possible.  All over.

But hope springs eternal, and my second thought was that fixing the gears in 'low' on the compact would make little practical difference on a ride like this, and, hey, disc brakes were twice as good as calipers and I still had one left.  Onwards and upwards.  Once on the road I found that the gears were unaffected and still worked fine, and then that by holding the lever 'just so' the brake worked too.  Perhaps not as strong as usual, but good enough.

Steady climbing in deeply incised lanes for the next few miles, warm in the sun and sheltered from the wind, then out on to the moor at under Hound Tor where you really felt the wind for the first time.  It was pretty wild.  Across the open moor to the control at Ashburton with light rain at first, becoming heavier.  No problem, I thought, it'll pass while I have my food.  Good pumpkin soup, crusty bread roll and a chat with fellow riders and back out into - pouring rain and gale force wind.  I had parked the Boardman in a sheltered place (slow learner, but not entirely stupid), and several people were looking at it.  The tyres and disc brakes attracted strong approval, and I realised that I could have sold it at this point, as the worst was yet to come.

Steeply up through trees, so some shelter, then on to the open moor above Holne.  It was wild.  Screaming wind and pouring rain.  The cold rain hurt my face, so I put my head down and it hurt my head coming through the slots in my helmet.  I plugged on, at one point noticing that there was a row of ponies, tails to the wind, standing on one side of the road doing nothing.  On the other side, a group of cows, tails to the wind, was equally stolid.  Presumably this has happened to them before. 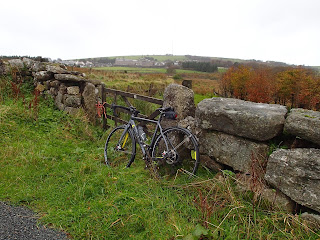 It was a hard 20k up to Princetown, a grim prison town on the top of the moor.  I was very glad to get there, and delighted at the warm welcome at the Cafe that was the next control.  All of the waiting staff had donned horns and tails, and there was a special 'Devilish' menu for the cyclists.  I warmed up, dried my gloves on the stove and recovered my humanity.  But all good things must come to an end, and eventually I had to get back out into the weather to do the next stage.  Another Boardman Admiration Society had formed in the car park.  'Do those brakes really work, then?'  Heartfelt, after sixty wet, mucky and hilly kilometres.

Things were a bit better, now.  It was raining less, the wind was now a tailwind and, at least for a while, the road went downwards.  Speeds were up, even climbing, and I got 47mph on one of the descents.  Not bad, for a cyclo-cross bike with fat tyres in the rain.  Rolling along, I mused that the last time I had come along this road was on my way to John o'Groats, on a balmy May day in warm sunshine. If only ...

Gradually, the fears of the Audaxer began to resurface.  I had done 85 km and according to my brevet card there should be a control.  I had passed a pub a couple of miles back, and had looked very carefully for the 'Control' signs.  I couldn't  see them, but was now beginning to fear that I was going have to turn back and climb again, into the wind, to get my brevet stamped.  Missing a control means disqualification.  Carrying on for a couple of miles, in the middle of the moor with no human habitation visible, wind and rain rising again, my heart sank.

Then, on a narrow winding bit of road, the bike quivering in the wind, I saw the 'Control Ahead' sign.  It was nailed to a stick which was held down with rocks.  Around the corner, on a patch of gravel at the side of the road, was a small camper van with a hand-painted 'Audax Control' sign.  Two cheerful stalwarts, wrapped in blankets, stamped my card and wished me a good ride.  It is the wildest place I have ever known a control situated. 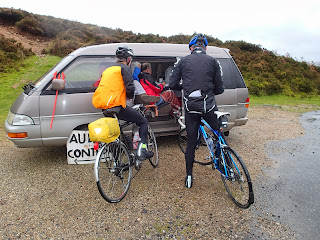 Last lap now, down to Widecombe and then about ten K to the finish.  Those of you who remember the song will know that it was Widecombe Hill that killed Tom Pearce's grey mare.  More than a kilometre long and stretches of 20%.  Nothing below 15%.  Makes White Down look a doddle.

But then it was over. Across the moor and down a little to the Kestor Inn at Manaston, a fitting final control, high on the moors.  I got my card stamped, bought a badge and declined a beer, although it looked as if a serious party was beginning to develop.  Out into the rain again - more drizzle now, and downhill for a few miles to the Cromwell Arms where Maggie was waiting to hear of my heroism. 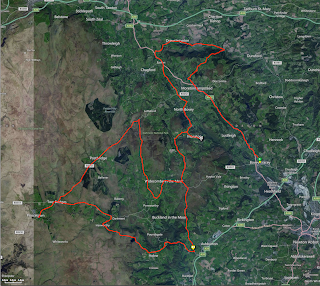 All club members times and championship cup winners up to date.

The info has been updated, but is NOT FULLY UP TO DATE YET.
Points tables should be correct, as should MOST trophy winners.
The VETS TROPHY has been held up by the question of which standards we are using.
The Times have been fully researched - at length and considerable time taken (a genuine thankyou to those FEW riders that have kept me/us up to date during the year) but I ran out of time before finishing updating the list of times and haven't got back to finish the job.

The 2013 season does not officially finish for another couple of days (today is the 29th Oct).

Just click on the box on the left for all updated times and points for members. 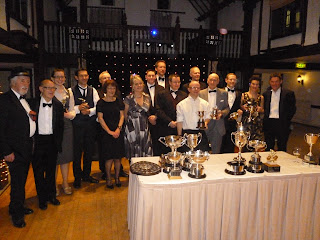 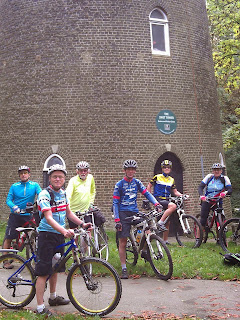 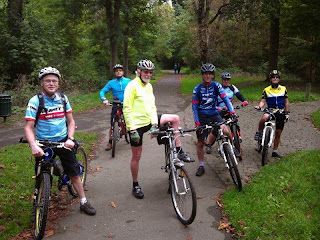 This sat Andy Pearce led a mb ride to London along towpaths and parks. We suddenly came out into the middle of London after a lovely rural ride!

Acknowledgements, Very Many thanks to:
Stuart Pearce for placing and retrieving the event warning signs round the course.
Brian Powney as handicapper.
Lisa Colombo as pusher off.

Consolation Trophy (awarded on handicap time - as are the club events points for this event)
Mike was fastest on Hcp but has won the Hcp Trophy
Simon was 2nd but has won the club championship
Stuart was 3rd but has won the fastest 25 trophy
Rick was 4th and wins the Consolation trophy - unless Stuart doesn’t win the 25 Trophy as the Phoenix racing year doesn’t end until 31st October.