I did the first BHPC (British Human Power Club) race of the year at Hillingdon on Sunday. As you would expect there's a greater "variety" of machine than you would see at any other cycle race. Some pictures below to show what I mean... 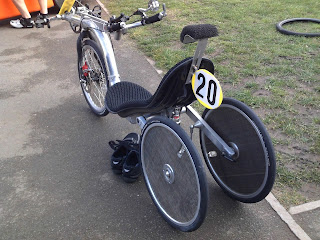 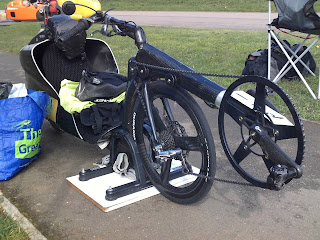 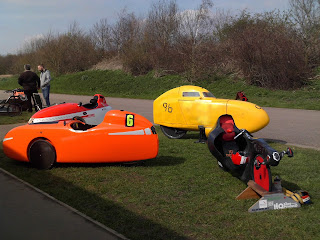 A selection of velomobiles with Mike Burrows bike in the foreground (he continues to claim he invented the modern bicycle ...) 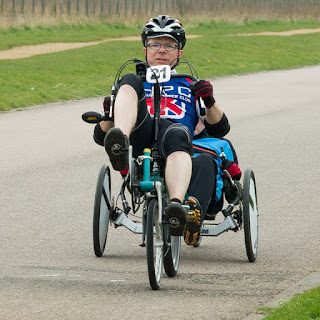 Yours truly being drafted by a trike. 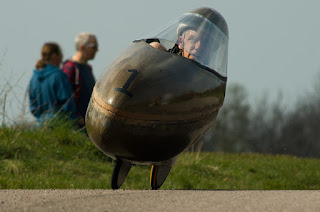 Steve Slade, the man who wins everything every year, normally laps Hillingdon at an average of about 35mph.
I will be doing another couple of races this year if anyone want to join me. You can race absolutely anything that is human powered, if you are very keen I can let you use my trike but it will need a bit of work first ... Rick