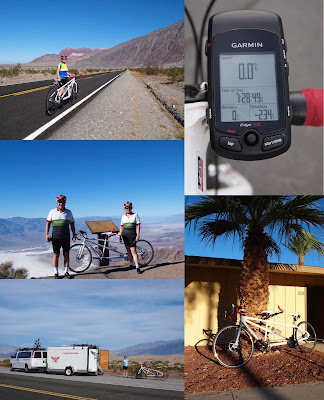 Maggie and I have just returned from a trip to Death Valley with our tandem. It sounds an odd choice, but it's quite rational - Death Valley is a National Park, which means that the roads (and everything else) are immaculately maintained, people only go there on holiday so the few cars are outstandingly considerate of cyclists and the weather at this time of the year is spectacularly good. Access is quite easy - direct flights to Las Vegas, which is less than three hours away, and all arrangements were made by Rich Merrick of Cycling Escapes who provided first class van and ride support from airport pick-up to airport drop-off.
Cycling Escapes offers 'challenging' riding - 100+ miles on some days and more than 5000' of ascent on others. We found the climbs hard - harder than the Alps - as the roads tend to be relatively modern, with steady gradients sometimes going on for twenty miles or more. They are designed for cars, not for walkers or horse traffic as many European roads originally were, so there's no respite. But starting below sea level and ending 5600 feet above it is a good day out (Mont Ventoux is 4200 feet of climbing); or riding for eighty miles without ever going above sea level is another interesting experience.
The routes were planned and supported by Cycling Escapes. The van is important, as for most routes you encounter no human habitation at all. Distances are large, and running short of water would be a serious mistake. The van and trailer are comprehensively equipped with spares, food, water and so on and wait at pre-specified 'SAG' points - about twenty miles apart - until all the party has passed, before scooting on to the next 'SAG'. Lunch is taken at the roadside - chairs and tables from the van - and the van is last in to the hotel, so no-one is stranded. Despite all this, it's lonely out there...
The trip is billed as 422 miles and 21,300' of climbing - we cut a couple of corners so did less than this, but we were still over 400 miles and 20,000' - not bad for November, and, with daytime temperatures in the 80s, all in summer kit.
So if you're looking for somewhere to beat the Winter gloom, the deserts of South Western USA are worth a look. We'll be back.
Mark
Posted by Mark G at 15:13 1 comment:

We went to the opening of their new shop 10 doors down from the old one. What an amazing place! Just like an expensive car show room! 10 times bigger than the last place, over 3 floors. Bike parking indoors, instant repairs for minor problems. Chill out room with live cycling. Coffee machine. Fit out room, massage room. Worth visiting sat as the team will be there.

The winter rides start at 9.30 now to avoid frost and be a little warmer. Horton country park car park as usual. Slower paced than usual as no need to train this side of Xmas. A nice winter social ride to catch up on gossip for everyone who does not make it to club night on thursdays. The route will be sorted on the day according to weather.
Posted by Jake at 12:02 No comments: 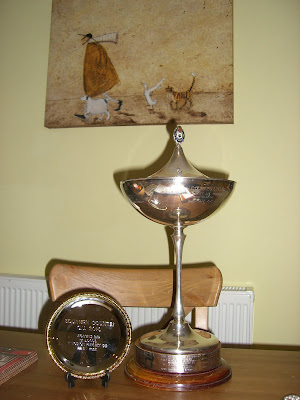 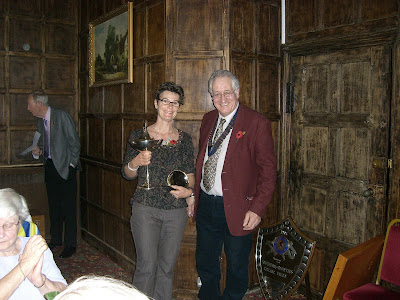 I enjoyed my free lunch on sunday, and great to have loads of Phoenix there. Quite proud to win a trophy at my age. It came with a silver/gold plate on a stand that I keep.
Posted by Jake at 20:57 1 comment: 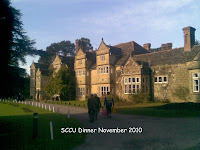 12 Phoenix members attended the Southern Counties Cycling Union mid day lunch and prize presentation at Rowfant House near Crawley. This was the last function under the present catering management as the lady is retiring so the next time it could well be a different type of meal. The main reason for such a large Phoenix prescence was to applaud Jakes achievement in winning the Balham CC Fleming Cup for the SCCU Ladies Best All Rounder competition for 2010. This was also noted as an outing for four Phx Polo tops at an official function which encouraged several admiring comments. The meal was the usual very high standard for quantity and quality. The raffle became a battle between the BEC CC and the PHX we won 5 prizes to 3!
Posted by Pete at 08:43 No comments:

Notice is hereby given that the 2010 Annual General Meeting of the Kingston Phoenix Road Club will be held on Thursday 9th December 2010 at the Worcester Park Athletic Club, Green Lane, Worcester Park, Surrey; commencing at 8pm sharp.

All motions for inclusion on the agenda, and any early nominations for Officers or Committee Members, must be lodged with the Honorary General Secretary at least 14 days prior to the AGM - no later than 25th November 2010. All motions shall be in writing and signed by both proposer and seconder. Any nominations shall also be signed by the nominee indicating their willingness to stand. Proposals/nominations by email will be accepted.

See Pete at the clubroom or pay at the AGM – don’t forget wallet or cheque book!
Senior, 1st Claim membership is £15: Cheques payable to Kingston Phoenix RC
Posted by Lisa at 20:52 1 comment: