SheCycles and the Surrey League are holding another women's coaching day at Hillingdon on Sunday 10 December. The last one sounds as if it was a great success, so I'm sure it will be a good day. However, they are promising another one in the New Year which sounds a more appealing prospect to me - not sure I really want to be doing anything much in December, apart from the obvious mince pie-eating, beer drinking etc. ... But if you are interested go to shecycles.com for further info!

Florence
Posted by Florence at 17:32 No comments: 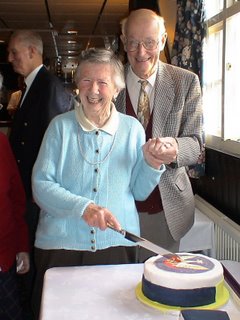 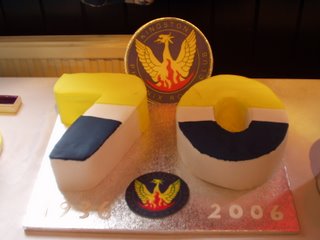 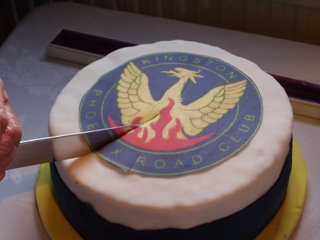 The excellent cakes that Ann made for the day.

Thanks to everyone involved - you know who you are - for the organisation of the day. I think it all went well, and everyone enjoyed themselves.

Any and all video footage of the day to Pete Mitchell asap and also digital pictures, and Pete will compile a DVD of the day. Orders of same to him (probably a £1 to cover costs).

Ron Powney has many years of the CTC Cycle magazine to give away to anyone who wants them.
Posted by Doreen Powney at 19:12 1 comment:

Here are further details of the Saturday afternoon time
trials, which will be held on the following dates: Nov 18th, Dec 2nd, Dec 16th, Jan 6th, Jan 20th, Feb 3rd, Feb 17th.
Events will start at 1400 hrs, entry on the line, sign-on, get a
number and ride. Parking will be in the usual car park in Inholms Lane. There will probably be a cup of tea afterwards. If you fancy riding down, 12.30 at Sutton station.

Sample of my Nepal and Tibet photos

A small selection of photos from my holiday. I'm not putting all of them up as I have over 600! The rest of the ones that I will select will be up sometime late November early December.

Richard Hoskin of the Redmon has kindly informed me that they are organising 10s on the G10/42 course every other Saturday afternoon through the winter. They start a week tomorrow (18 November) and you can either ride out with them from Sutton station (leaving 12.30 I think, but better check), or meet them at Spook Hill for a 2pm start.

Florence
Posted by Florence at 09:32 No comments:

Notice is hereby given that the 2006 Annual General Meeting of the Kingston Phoenix Road Club will be held on Thursday 7th December 2006 at the Worcester Park Athletic Club, Green Lane, Worcester Park, Surrey, commencing at 8pm.

All motions for inclusion on the agenda, and any nominations for officers and committee members, must be lodged with the Honorary General Secretary at least 14 days prior to the AGM, no later than 23rd November 2006. All motions shall be in writing and signed by both proposer and seconder. Any nominations shall also be signed by the nominee indicating their willingness to stand: emails accepted.

Annual Reports, Agenda and other information will follow closer to the date of the AGM 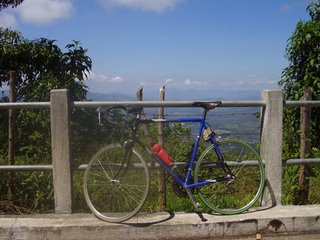 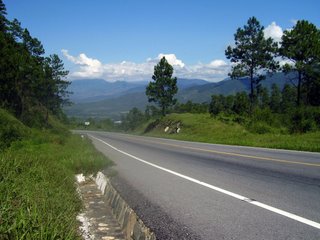 Here are 2 photos I took whilst cycling yesterday. 1 shows the gradual climb of 9 Kms to where I took the second picture of bike and my home valley in the far distance. You can see that the road surface is excellent. The only worry is of falling into a rain drain whilst wobbling slowly upwards in a very very low gear, or hurtling down at 50 to 60mph. This was only my fourth ride this year but I'm a little stronger each time out. Tomorrow I may attempt the ride to from Salama to Rabinal and back. It's just 58Kms but there's the little detail of a 10km climb to be dealt with in both directions. Fortunately here, if you get knackered, you just wait a few minutes for a bus - and I do mean a 'few' - there's 1 every 2 or 3 minutes and they cost peanuts.
I hope you are all enjoying yourselves.