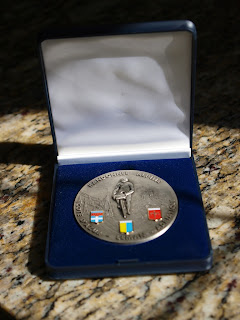 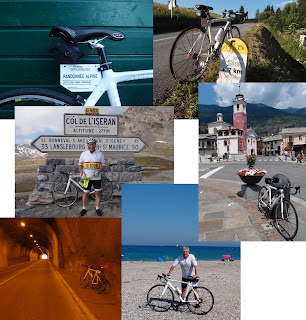 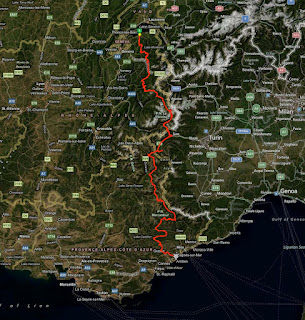 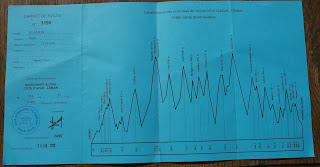 My long ride this summer was the Randonnée Alpine, one of the classic French Raids.  This one goes from Thonon, near Geneva, to Antibes and is a pretty challenging mountain ride.  It's 712 km and 17,485 meters of ascent, which is quite a lot.  Unlike the Raid Pyrenéen, its western counterpart, it doesn't have such a strict time constraint, but this was little help for me as the support company that I had signed up with were doing it in six days.  So that was that.

On Monday, 23 July eighteen of us left the lakeside at Thonon and began climbing more or less immediately, a pattern which was followed for the next six days until, on Saturday afternoon we all arrived at Antibes.

It's a tough ride, with varied and spectacular scenery.  The route takes you over many classic French passes, makes a detour into Italy, ending with a spectacular run down through the foothills of Provence to the sea.  Great fun.

Marmot Tours organised my ride, and were very good.  Two vans, good spares and food support, a rider on some of the passes and very good hotels and mapping.  The party was mixed, from youthful racing snakes to those old enough to know better (me).  The former found it easier.  No problems en route - and if anything had happened, everything necessary to fix it was in the van, up to a spare bike, if needs be.  The weather was sunny every day, too hot on many occasions - up to 38ºC, but that's mountain riding for you.

This year's bike was a special that Condor made for me.  Lighter than the Boardman, with a 'gran fondo' frame that is intended for long-distance comfort.  SRAM Rival gears, 11-32 and a compact, Mavic Krysium SL wheels, Grand Prix 4000s tyres and perfect for the job.  No problems, no punctures and a top speed on the trip of 48.2 mph.

Jake and Gary are going to Denbies to watch the big screen after watching them on the box hill circuit if anyone wants to join us. The mountain bikers are going to Headley if you want to meet them. I think the road is open to cyclists till 10am if you want to cycle. We are also going to Betty Johnsons house at Hampton Court to watch Time trial on wed if any club member wants to come. Safe place in garden for bike and watch the race on telly after seeing it live right outside her front door!! The more the merrier!
Posted by Jake at 07:40 No comments:


It is recommended that a working rear light, either flashing or constant, is fitted to the machine in a position clearly visible to following road users and is active while the machine is in use.
Frank Cubis
Posted by Lisa at 12:48 No comments:

Kingston to Worthing - some pictures 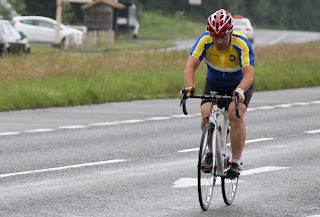 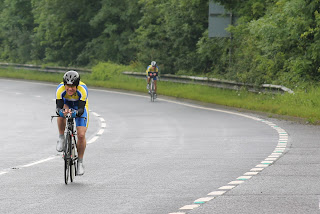 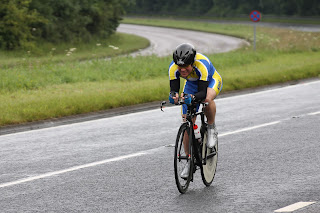 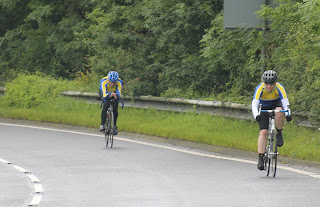 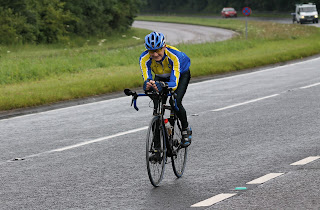 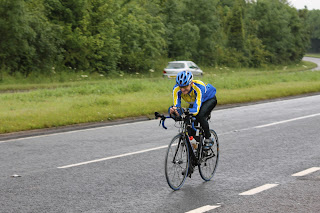 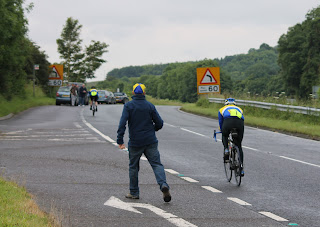 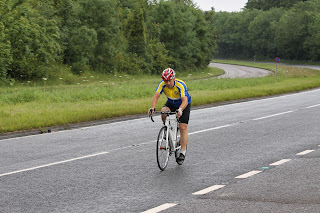 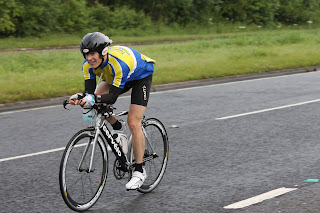 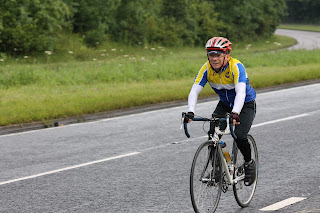 Finally got the time to upload some pictures. I have loads more but would need all night to upload the lot, so I just chose the Phoenix ones, hope that's alright. 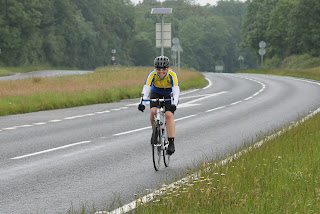 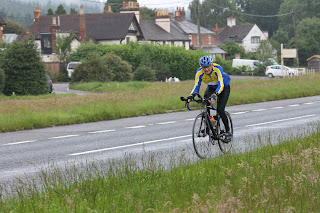 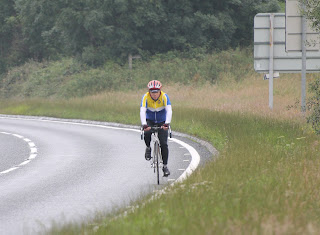 The annual Phoenix BBq is on sat 11th Aug 5pm at Jake and Garys. As usual everyone brings some food for BBq and buffett and some drink and maybe some chairs and any friends and family. Hope the weather good for us this year although we have a gazeebo and a summer house now! Please spread the word as not everyone reads the blog. All sat riders invited.
Posted by Jake at 12:29 No comments:

Frank Cubis
Posted by Lisa at 08:15 No comments: 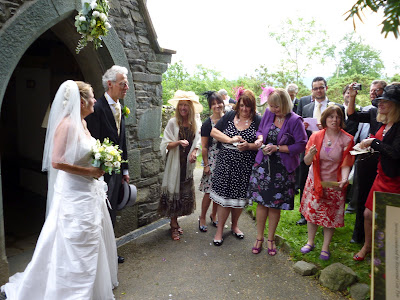 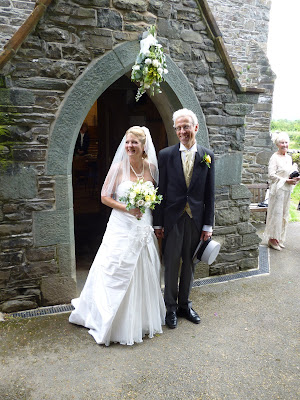 Andrew and Rosemarys Wedding held in Thornthwaite church on a sunny day on 7th July. Quite a few Phoenix were present and we all enjoyed the speeches at the reception after, and the dancing in the evening at Cockermouth. A really emotional day! They set off for a cycling honeymoon. Perfect.
Posted by Jake at 18:17 No comments:


Rumours of a downed tree and a car in the ditch - but either way an almighty queue on the A24 to get the Holmwood RAB (the Police had the road to Black Pond blocked off) and hence to the car park.
With the changeable weather all afternoon - wait 5 minutes for all four seasons, rinse and repeat, and would you like some hail with that? I think it was hailstones by the side of the road between the carpark and the start, but it looked for all the world like almost melted snow! - it was no surprise that there were so many NS.
Lisa
Posted by Lisa at 15:33 2 comments:

I have received this email from Molesey Boat Club:

I’m not sure if you and your club members have decided yet where to watch the Olympic Road & Time Trial Cycling on July 28th, 29th and August 1st, but you are more than welcome to do it from Molesey Boat Club in a few weeks’ time!

This rowing club is not only situated a few hundred yards from Hampton Court, so great for the Time Trials on Wednesday, August 1st, but is also off Hurst Road, the route of the Road Race itself. It will also be showing the rowing on the TVs of course, in which MBC has 8 participants!

Feel free to store your bikes in the club’s boat yard, or even potentially the ground floor gym, then watch the excitement unfold live as the bikes hurtle by, and then the races on the TVs in the club bar, where food will also be served. Everyone is welcome, non-MBC members, friends, families and colleagues.

The Club can be reached easily by cycle, foot, rail (Hampton Court station) and even ferry (from Richmond, Kingston): http://www.moleseyboatclub.co.uk/contact-us/find-us

Have a look at the attachment here and feel free to contact Niki and Dav, who are copied on this, should you have any questions.

Hope to see you there!

Any items ie clothing, bags etc can be left in my car (Mondeo Estate) at the start, but MUST be collected after crossing the finish line and before breakfast.

At about 27 miles:
London South regulation (for safety reasons). You must use the slip road up to Farthings Hill roundabout and continue back down the slip road, to rejoin the A24 again, if you fail to do this, London South say, I must disqualify you.

Breakfast is booked as usual at MACARI’S 24-25 Marine Parade, which is a few yards east of Worthing pier.

If riding with a Mobile phone it might be wise to pre enter my number. (see emailed start sheet)

Frank Cubis
Posted by Lisa at 15:09 No comments:

It is recommended that a working rear light, either flashing or constant, is fitted to the machine in a position clearly visible to following road users and is active while the machine is in use.

Frank Cubis
Posted by Lisa at 12:29 No comments: 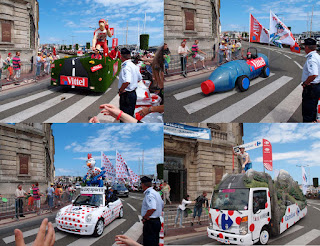 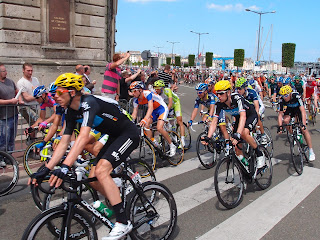 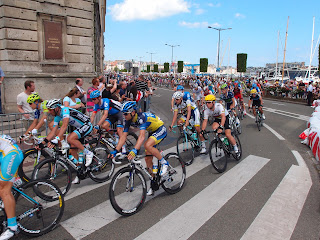 After our West Coast tour we went to stay with Graham and Gill Holder in their house not far from Rouen.  On Wednesday we all rode up the Voie Verte to Dieppe to watch the Tour come though.  We've done it a few times in various places; it's always a great spectacle, and it's very enjoyable to be part of a great French celebration, but you really get very little idea of what's going on - you need a television for that.

Anyway, we all had a grand ride on a very sunny day to Dieppe en fête - everything set out in the sunshine for the great day, the streets lined with expectant people.  Nothing for a while, then the craziness of the Caravan, where sponsors throw out promotional gifts from elaborately dressed up vehicles.  There were hundreds of them, and the enthusiasm for the souvenirs is huge.  I got a yellow hat, at some risk to life and limb, Maggie got some washing powder and Gill, more usefully, got a packet of biscuits.

Then there's a long pause before the Tour itself comes.  Police bikes sweep along the road, the Commissaires cars bustle self-importantly along, then there's the thwup thwup thwup of the TV helicopters  - five of them - then the breakaway, and then swoosh, the peloton whisks by and it's over.

Pleasant people in the Le Flash bar made us sandwiches, as it was now after lunch, then back off home down the Voie Vert, joshing with other cyclists and enjoying a sunny afternoon.

I just though I would let you know that Simon Trehearn has just finished the Outlaw Iron Distance Tri in a time of 11hrs 15mins which is a pb by a whole hour. Top bombing!!
Posted by wheezy at 17:49 2 comments:

Frank Cubis
Posted by Lisa at 16:23 No comments: