One of the guys at work needs to replace a high end frame and has been round asking about the difference between carbon fibre and titanium as frame materials - specifically he is interested in what the ride difference is between the two materials. Any answers, either email me or comment here (if you can remember your username and password, Andy) ;-)

As most of you know, my experience is only of Reynolds 531!


Many thanks to Ray & Grant for placing and retrieving the Event Warning signs round the course.

PLEASE NOTE again
For those who intend to ride the 2 up on Wednesday June the 13th:

Frank Cubis
Posted by Lisa at 10:05 No comments:

I'm not sure of the genesis of this plan: Jake needed an alternative 100 to the SCCU one as she is unable to ride, Jackie was keen to try her first 100 and Ann is always up for rides that make the rest of us wilt.

So it came about that the three of them entered the Hounslow 100 on Sunday May 27th, in preference to the mere 10 miles of the Interclub 10 that the rest of us wimps were riding. In theory is was an attempt on the Club Team Record of 16-0-47, requiring an average time of 5 hours 20.

As can be seen by the times of the 10 (previous post) the cold wet morning was not to the liking of many of us. Frank decided that perhaps timekeeping really was the lesser of the evils, David was the only rider to improve his 10 time - compared to the balmy evening the other week - and Tony finally managed to get round without puncturing (if I'm not mistaken, the first time he's actually crossed a finish line this season!). The Wheelers had Naz as their sole representative and Trevor likewise for the Festival so, as has been the pattern of recent years, the Interclub aspect was a washout.

With the cold and damp, the majority opted for a warm, dry breakfast at Wetherspoons in Leatherhead, but Pete and I drove over to join Andy and Brian at the 100 on the basis that I like to see people out when I'm getting my money's-worth in a long distance event.

Andy had foregone points in the club event to help Jackie, and Brian, with time on his hands due to the impending redundancy, was out to help Jake; and both were offering assistance to Ann who, as usual, had planned to ride unassisted.

Ann was off first at no. 12, Jackie at no. 14 and Jake at no. 17. As we joined the course, at the Farnham end, we saw Jackie coming the other way having covered around 45 miles and going strongly. Ann was some way back and we must have crossed with Jake where you can't see across the central reservation, although we did catch a glimpse of Andy's cap as he rode the other way. Having sussed where our riders were we turned at the 10 turn and retraced to the HQ in an effort to find a start sheet (no luck) and some breakfast (success, the event tea team were just ramping up). Heading back down the course we met Andy and Brian in the bus stop at the top of the Bentley slip road. They reported that Jackie was motoring along just shy of evens despite the unpleasant conditions and Jake was gaining slightly on Ann, both plodding on steadily and all looking somewhat bedraggled.

On a wet day, especially for a distance event, the problem is that you get cold and the hands stop working, even if the legs can be relied upon to push and the body temperature is just warm enough. Changing gear becomes harder, getting into the food in your pockets becomes a challenge - and worst of all - even when you get the food out the packets stubbornly refuse to open.

Between 50 and 75 miles Jackie continued to surge ahead, her focus changing to a battle with Jill Bartlett of the Hounslow who was riding at a similar speed having started 2 minutes behind her; Jake caught and passed Ann and began to see no.13 ahead (Ginny Henderson of the Didcot Phoenix, also riding steadily in her first 100. She started slightly faster than Jake and began tailing off, where Jake has a reputation for starting steadily and getting faster the longer she rides). As always Ann looked uncomfortable on the bike, but she was ploughing on steadily and feistily notheless.

With the HQ in the middle of the lap, the riders were dropping like flies, unable to resist the lure of the Bentley slip-road passed twice on every lap. After the 4th time past the finish point Jake stopped with Brian where he was waiting at the Hen & Chicken. Having covered over 80 miles she was finding that the usual problems with cold hands were made worse be the nerve problem currently affecting her right hand. Unable to change gear for the last 20 miles, nor get the food out of her pocket, she couldn't face a further 20 miles of the same. Sopping wet, she was soon getting cold, and while Brian loaded her bike and her stuff into his car she enjoyed the full warmth of the fan in my car (which we still needed after our soggy start to the day).
While we sat there Jackie came and joined us having finally finished in under 5 hours - an excellent first 100 under any circumstances, but worth a faster time in better conditions.

Ann continued doggedly on, passing the Hen & Chicken with around 10 miles to go as we all decamped to the HQ, finishing with a time of 5:43:47.

Congratulations to all three, whatever the result, for soldiering on under the conditions. Although, writing this on Monday morning, the wind that was forcast for yesterday is blowing strongly and I think we can all be thankful that it didn't come yesterday.

Many Thanks To Grant For Placing and Retrieving The Event Warning Signs Round The Course.

PLEASE NOTE
For those who intend to ride the 2 up on Wednesday June the 13th.

We are hosting The Ladies Divs Road Race again this year!
It is once again on the Ellens Green Circuit with the HQ at Ellens Green Hall.
Simon has sorted out marshalls , but anyone who wants to come and watch and cheer the Phoenix riders on are welcome.
We also need cakes for the tea ladies so if you can either bring them down or gave to Jake befor the day.
The date is sat 2nd June 1pm.
All entries to Simon Mitchell or enter on the line.
Posted by Jake at 18:18 No comments:

Subtitled: Oxford, or Cambridge, or both?

Ralph and Dave are planning to tackle the End to End on the long barrow later in the year. We wish them the best of luck in their attempt.

Mountain biking with a difference...

I found this downhill mountain biking video. Would you follow these guys down this hill? You wont catch me doing it. Click here for the link. Broadband users only.

Also found this South Downs Way competition. Click here for the link. Is anyone else interested in this?

Happy cycling
Posted by Paul Day at 18:10 No comments: 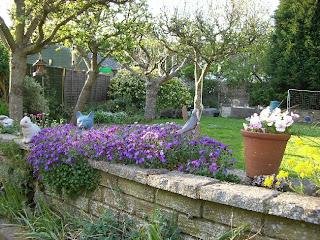 The KPRC barbecue is on Sun 3rd June at Jake and Gary's house.
4pm onwards. All members and saturday riders and friends invited.
Please bring some food for the buffet or barbecue.
Look forward to seeing everybody!
Posted by Jake at 17:49 No comments:

Phoenix riders in the Norwood Paragon 25 on Sunday:

The event will be a club event, as there are 6 entrants. Club award of 1st Hcp, and - of course - the all important points.
Ann is riding the Charlotteville 50 on the H50/8 and Lisa the Didcot Phoenix 25 on the H25/17.

Many thanks to Joe for placing and retrieving the Event Warning signs round the course.

Last Night was not a good time for the Time Keeper, thank goodness the course was short, and if anybody disputes their time. I AGREE.
There will be changes to the system by the next 10.
Frank Cubis

Apologies to everyone that we had to cut the event down to 9.5 miles, but at least we understand that the poor cyclist who was flattened (resulting in the cones) is not too seriously hurt, although he/she is in a bad way.
Thanks to Frank for still running the event, with the added agro of having to go to the finish we used. I think that fastest on the night was Adam Page of the Kingston Wheelers, with 21:30. The Phoenix Club event is in blue above, all other riders in black.