Cheers & Greetings for next year 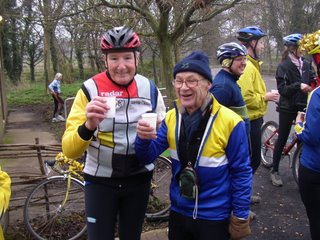 A great mulled wine ride on saturday morning to the Garden centre at Stoke D'Abernon 26 riders in 4 groups
Posted by Pete at 17:09 No comments: 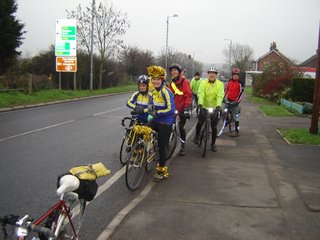 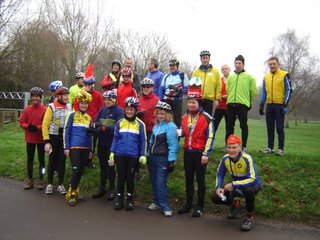 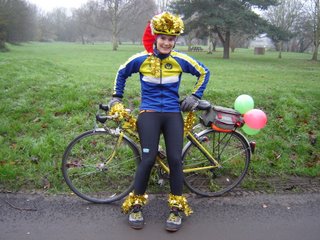 My beautiful ice bluepearl Mercian TT bike is for sale. It was built in 2003 and has done less than 100 miles. Size is about 60cm (from memory - I'm 6ft 1in) It has Campagnolo chainset, gears and brakes. All components are good quality. There are 2 sets of wheels - thin hps and sprints included. Minimum price accepted is £300 to me and £30 to KPRC funds. The frame alone was way more than that but I can't see myself racing again. It is in Wilton just off the A30 at a friend's house. His name is Nick Green work mobile is 7970 597438 House phone is 01722 744500. he's with his parents Nigel and Julie. Bike can be seen in by arrangement in their garage. I think it's 853 tubing - have asked Mercian if they can look it up and tell me. It has 'ordinary' bars. It's a beauty - some club members will have seen it when I turned up for a '10' South of Dorking that got cancelled (fortunately for me!) 'cos of roadworks. It will go on eBay after Christmas if not sold. My email is colincape@yahoo.co.uk. I am in Guatemala. Payment by cash or cheque to the Greens or PayPal to my email addess above.
Posted by Colin C at 18:45 No comments: 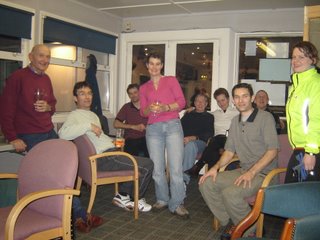 The final remnants
Posted by Ray Dare at 09:40 No comments: 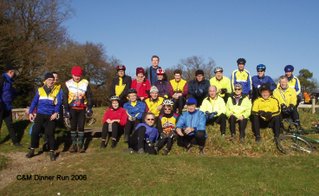 Don't forget that this is the Mulled Wine & Mince Pie ride this Saturday.

Starting at 10am or rather after we've quaffed and chomped, and heading via road or track to Stoke d'Abernon for coffee and chats...all welcome

See you at Horton Park Car Park for the off
Posted by SiandJen at 23:43 No comments:

Can anyone explain why when I log onto our blog under "bookmarks", it only brings up entries made to Oct!
Posted by SiandJen at 20:21 2 comments:

Firstly my apologies to all. When I arrived at the the Clubroom I was dismayed to find that the room we usually use, both for the general club-meet and the AGM, was occupied by some other people apparently engaged in a meeting of their own. This was not good as I knew that the Clarencourt were also due to be holding their AGM on the same night, and really they have first dibs on the other room..... There were dark mutterings about usually booking the room to make sure we have it for the AGM, but that's the first I've heard of it in all the time we have been there - otherwise I would have made sure it was booked. (even if I can't find the minutes!!!!!)
As 20:10 approached and the only representative from the Clarencourt present was Barry, we began to think that as we seemed to have a quorum and with no real business to discuss (and no minutes - I'll let you know when I find them!) it ought to be a short meeting. Barry confirmed that their meeting was billed to start at 20:30, so without further ado we convened in the other meeting room and screamed through the meeting.
Hence my apologies for the confusion to those who made it before the meeting finished and for missing it entirely to those who came after we had relinquished the room back to the Clarencourt.

Minutes:
Present: Lisa, Florence, Jen,Joe, Rachel, Ann, Brian, AndyP, Iain, FrankC, FrankP, Mark, Paul, Simon, Jake, Pete, Ray, Ron & Doreen.
Those who attempted to attend but were thwarted by the short meeting: AndyA, Jackie, Chrystal.
Meeting commenced at 20:15
Ron was elected chairman. Prop Doreen, 2nd FrankC
Notice convening the meeting was read.
The minutes of the 2005 meeting not being present matters arising were taken from memory:
Ladies Points Trophy - Ann had said that she would like to present a trophy to the Club for this, Lisa reported that a number of suggestions had been made during the year, but that nothing had yet been sorted. Ann arrived and reported that she has purchased a new trophy and it is due to be delivered imminently - she has asked that it is NOT to be the Ann Bath trophy, but perhaps it can have "presented by Ann Bath" inscribed on it, as is the case with the Consolation Trophy (presented by the Powney Brothers). - What do you think, Ann.
70th Anniversary awards: again I said that I didn't think that anything has been sorted, but I am assured that it is in hand for the 11 qualifiers -
Club Champ
AndyA
Jake
Grant
Ann
Lisa

Propositions:
To pledge £25 to the Bec toward the prize for beating Gary's Hill Climb Record - CARRIED unanimously.

AOB
To incorporate the VTTA 10 mile Championship within our Open 10. Frank is O.K. with the idea, it seems that they will just piggy-back our event, with little extra organisation required. YES

Would the Club take on an RTTC Championship in 2009. MAYBE.
The meeting was not wildly keen, but were not prepared to rule it out as a future possibility, though not necessarily 2009.

Followed by a sealed vote for the Bert George Trophy (services to the club & not just 2006)
And the winner is........
Watch this space, as the winner isn't supposed to know who they are until the dinner!!!! February 24th 2007 - Stoneleigh Inn.

The meeting closed at 20:35 and we vacated the room for the Clarencourt to have their AGM.

At least I can look here for these minutes come next year......
Lisa 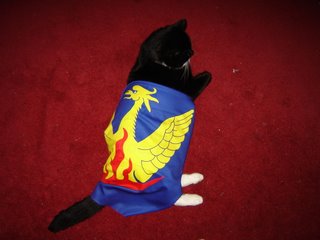 Anyone want a portable TV?

I have a portable colour TV going spare if anyone would like it. Let me know – florence_hallett@yahoo.co.uk.

Florence
Posted by Florence at 12:28 No comments:

2006 Annual General Meeting
to be held on Thursday 7th December 2006 at the Worcester Park Athletic Club, Green Lane, Worcester Park, Surrey, commencing at 8pm.
All the paperwork has now been sent out, if anyone would like it sooner by email, just ask. I'm trying to get it all online, but I've still got other things to do.