Amanda broke her collarbone on slippery bend coming down the Zig Zag on sat! Went to hospital and then back to her party! We wish her a speedy recovery!
Posted by Jake at 18:26 No comments: 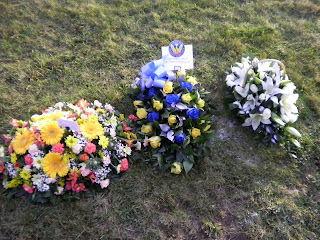 Alan was finally laid to rest in Epsom Cemetry on the Noth Downs an area where he loved to ride his bike. The family funeral was attended by KPRC members from the MTB group and our tribute is laid near the grave centre piece above.
Posted by mike morley at 22:09 No comments:

Even more pics of 75th 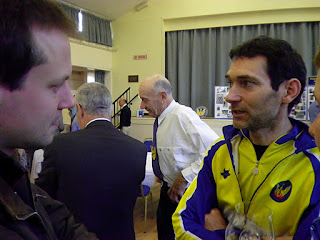 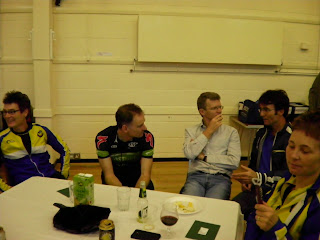 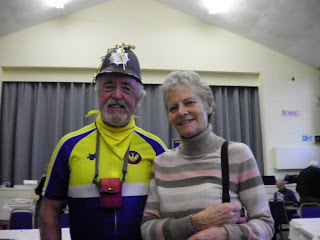 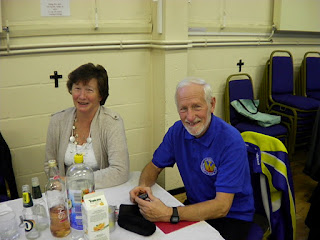 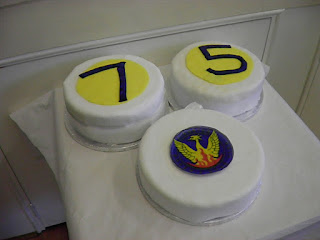 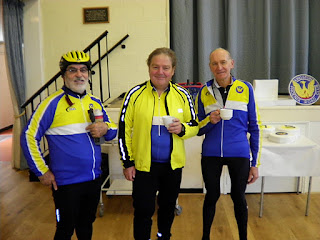 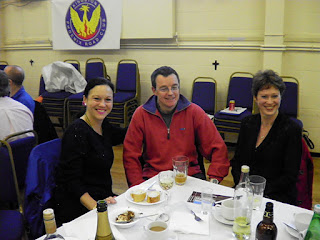 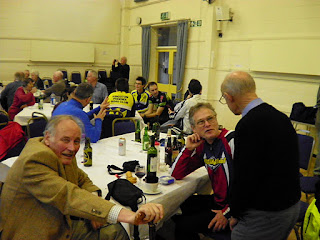 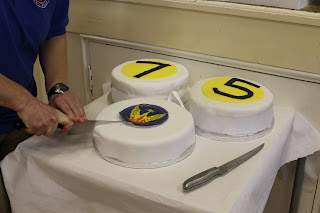 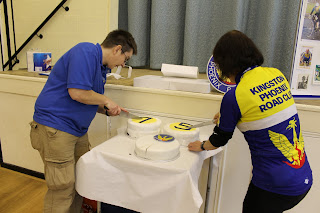 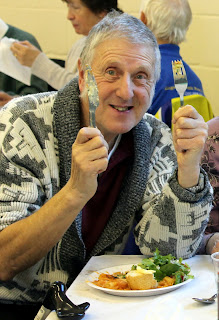 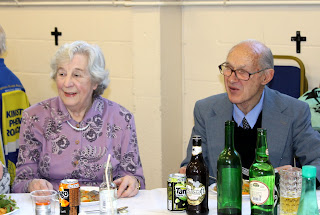 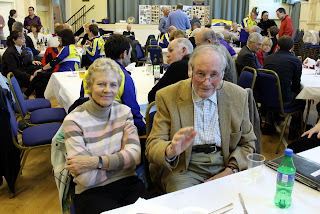 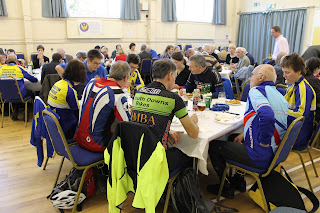 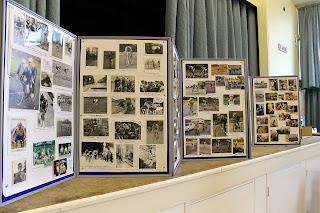 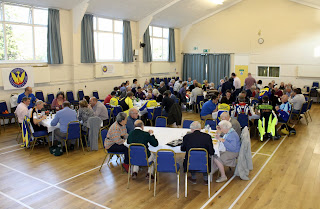 See some pictures from yesterday's lunch attached.
Posted by AndyA at 22:01 No comments:

For anyone unsure about the location of the Banstead Community Centre, click here for it's location on google maps.

http://www.britishcycling.org.uk/membership/article/pre-sale-tickets
Tony has notified me that BC are offering early access to tickets for the Track World Cup at London to their members from 15th November, so if you are a BC member and want to be present at this event it seems a good idea to log in and avail yourself of this offer.
---
Posted by Lisa at 15:56 No comments:

Notice is hereby given that the 2011 Annual General Meeting of the Kingston Phoenix Road Club will be held on Thursday 15th December 2011 at the Worcester Park Athletic Club, Green Lane, Worcester Park, Surrey; commencing at 8pm sharp.

All motions for inclusion on the agenda, and any early nominations for Officers or Committee Members, must be lodged with the Honorary General Secretary at least 14 days prior to the AGM - no later than 1st December 2011. All motions shall be in writing and signed by both proposer and seconder. Any nominations shall also be signed by the nominee indicating their willingness to stand. Proposals/nominations by email will be accepted.

See Steve at the 75th Anniversary Reunion or pay at the AGM – don’t forget wallet or cheque book!
Senior, 1st Claim membership is £15: Cheques payable to Kingston Phoenix RC
Posted by Lisa at 11:06 No comments: 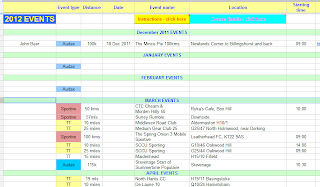 Here is the link for those interested in recording their planned rides for December and the new year. This is a great way to encourage other riders to attend the same event so please keep it up to date.

I have created access rights for most members to access this document which will enable you to edit and add new entries. I have left last year's  rides on the sheet but without dates, so feel free to up date those details when they are available.

Let me know if you have any problems to steve @ kprc.org.uk (without the spaces)

I would have posted this on Saturday, but I didn't want to immediately overshadow the shocking news about Alan Roodenburgh.
Jo phoned me the other day to tell me that Mike had an accident on his bike recently - no one else was involved, and he thinks he slipped on an expansion joint.
Jo was relaying what Mike had told her, and I was having a little trouble visualising exactly what happened, but the gist of it is that in landing Mike hit a barrier with his hand and did some serious damage in dislocating the ring and pinky finger of his right hand.
He has had one operation at St Georges already and was waiting to see if another was necessary. He has also been signed off work for several weeks, and as he is unable to drive, they could well have trouble getting to the Anniversary Lunch on the 19th.
---
Posted by Lisa at 11:08 1 comment: