Just to let you all know its nearly time for my Dad and I to start our three and a half week journey across the Himalayas. We fly out to Katmandu on Saturday morning. The cycling starts from Lhasa on Friday 6th October and ends in Katmandu on Monday 23rd October. The rest of the time is for us to acclimatise and have a look around Katmandu and Lhasa. 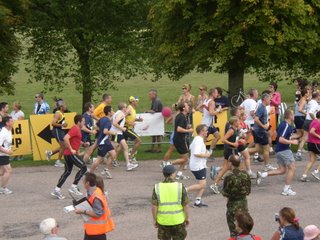 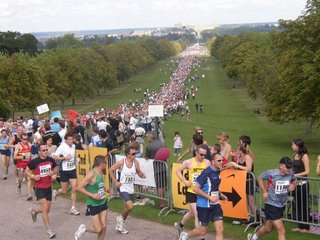 Yes, well, I'm not sure who P Brown is. I assume that it's a misprint rather than someone else entering in our name. Unless anyhone else can shed light.

Ah, the H25/1 - London West's equivalent of Paris-Roubaix: without the smooth tarmac in between! Why do the councils find money for loads of yellow signs saying that x number of people have been killed in the next 300yrds of road over the last couple of years, but they won't make the roads safer by completely resurfacing them ....

Anyway I managed to improve my BBAR counting 25 time for the year by 9 minutes from 1:24:58 to 1:15:57. That takes my average over 18mph, which is ever so slightly more respectable! I'm not going to qualify for
a certificate as the average needs to be over 20mph - but it doesn't look as if Jake or Ann will qualify either as they are missing a BBAR counting event at one or other distance.

How did the Festival event go? If someone puts the results up as a comment, I'll add them to this post.

Jackie's ride was fastest lady on a road bike. Ann and Jackie have improved their 10 times, which moves Ann up to the top spot in the Ladies Championship and Jackie up to 3rd (displacing Florence).
John Beer rode the WLCA 10 on the H10/2 - still on his low gear - and improved another 3 seconds to 26:38.

Sunday
Ray & Chrystal had a wasted morning as the Sotonia 50 was cancelled due to the rain. Sadly that scuppered Ray's final attempt at the Vets Age Record after missing it by less than a minute last week (he did 2:23:28 in the VTTA 50 last Sunday) and also Chrystal's chances of taking the Ladies Championship as she can not now ride a 50 this season.
I did 1:19:41 in the Hounslow 25 the last BBAR counting 25 of the season, and my last chance to improve the counting 25 time.

Windsor Half Marathon
Joe & Andy ran. Results here
They both put in very respectable runs, coming well up in a field of several thousand runners. 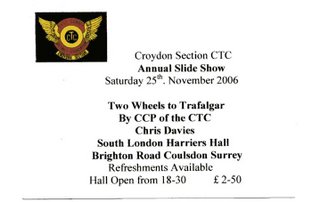 They have got up to between Preston and Lancaster at just shy of 24 hours and the attempt has been called off.

As yet I don't know why, but will add to this post if and when I hear anything more.

Hi peeps.
Richard decided that about 5 miles before Lancaster he could no longer continue. We had been on the rivet most of the day trying to make up for lost time and were steadily succeeding. Obviously this had taken its toll on him far more than I had suspected which was a shame because I was just gaining in strength. Anyway hats off to him, he is a hell of a rider and put in an amazing effort. Respect.
Looking on the bright side, what a good training ride being as I can now try and improve on my 50 time at the Yorks RC 50 on Sat!
Thanks for all your interest and thanks for everyone that helped us, Techno, Ian Franklin, AV tester, Stuart Kirkham,Andy Palmer, all the API crew and Steve Gelder, Mike Johnson and Steve Oxbrow, RRA officials, Frank and Christine Minto, Allsports International, Spiuk and Brian Kilgannon down at HMS Raleigh. Cheers.

Well, the riders are still going, but things are looking rather tough now.

They will have known before the start that they would have cross-winds in the first 100 miles, but that things should become more favourable after Exeter. However, those cross-winds were much stronger than they will have wanted, and were actually a bit more head-wind than originally predicted.

The result of that is that they were approx 1h 40m down at Exeter. The last report I have is that they had reached Cambridge (20 miles past Bristol) at 07:30, approx 2h 30m down.

Quite clearly, they will need to make significant progress during the next 12 hours to have a chance of getting the record.

And from the message board:
21st Sept 14:15
"Just gone through 19 hours showing 345 miles so they are getting back on schedule. Both looking weary though through the last 8 hours of effort but will complete!"
Posted by Lisa at 15:36 No comments:

From the Secretary of the Road Records Association:

A brief message to tell you that the Chris Hopkinson & Richard Thoday tandem-bicycle Land's End to John o'Groats record attempt will start from Land's End on Wednesday at 7pm.

They have a suitably good weather forecast for the first day or so, so should be well ahead of schedule through into Scotland. It's a little more difficult to predict how things will turn out on Friday.....

If any of you would like more info, and/or may be able to get out on the roadside, please reply and I'll give you the relevant details.

Also, if you know (interested) people who live near the route, then please let them know (and invite them to contact me etc etc).

I'm entered in the North Hants 25 on the H25/1 on Saturday afternoon (23rd) and again in the Hounslow 25 on Sunday morning.

Chrystal is rumoured to be in the Sotonia 50 - anyone else?

The following weekend is the VTTA 25 on the H25/2 and the Epsom 25 on the G25/53.
I have put a late entry in for the VTTA event (the handbook said Vet's only, so I didn't think I could enter, but it is listed as entry to all in Cycling this week) and some of ours usually ride the Epsom.

Consolation Result - event and all points based on Hcp Time

Ann rode the Severn RC 50 and recorded 2:26:13 which moves her up to 2nd place in the Ladies Championship, and with a slowish 10 in relation to the others, she has a good chance of improving that. However I understand that Chrystal is entered in a 50 next week - presumably the Sotonia one - and "only" needs just under 2:40 to take the top spot from current leader Jake. Ray was supposed to be riding the Kent CA 50, but I've had no feedback and can't find a result yet.

As the final Club Event, the Consolation finalised the points trophies for the year:
Andy is the winner of the new Men's Points Trophy (formerly the Club Events Points Trophy) with 108 pts, and also the Handicap Points Trophy with 64 pts. Jake takes the new Women's Points Trophy (and the committee had better get a Trophy sorted out by the Dinner!!!) with 84 pts (and co-incidentally is also the runner-up for the Hcp Tropy!)

Andy will claim the 12hr Trophy with 214.513 miles
Stuart the 100 Trophy with 4:27:40
both of these having been decided as there are no more events to be ridden to change the current standings.

Stuart is currently in pole position for the 50 Trophy with 2:4:24, a time unlikely to be bettered, but there are 2 more 50s to be run.

John Beer gets the Consolation Trophy for an excellent 1:10:30, which I assume was done on the low gear that he has been riding all year.

Andy and Joe have long since claimed the Kingston to Worthing and Brass Monkey Trophies respectively.

Ann is currently leading for the Ladies' 25 mile Trophy, but her 1:11:29 is not yet a guaranteed winning time. 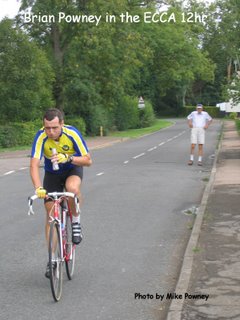 A better pic from Mike P
Posted by Pete at 15:32 No comments:

A still and cold day greeted the riders in this event.
Thanks to Tony and Jake for helping out. Please remember we need to produce helpers for next year to allow us to ride the SCCU events.
Commiserations to Ray who packed the wrong shoes.

The awards are presented at the SCCU luncheon at the end of the season.
Posted by AndyA at 22:44 No comments:

Here are the start and Club Handicap times.


Award for 1st Handicap only.

Good luck lets hope its a good day.
Posted by AndyA at 23:17 No comments:

Unfortunately, Jake took a tumble at the last rbt at the top of Givons Grove but carried on to finish.

Frank Cubis
Posted by AndyA at 21:29 No comments:

Heather has two cream leather sofas for sale. A 2 & 3 seaters.
Contact siandjen@kprc.org.uk and we will let Heather know.
Posted by SiandJen at 20:37 No comments: 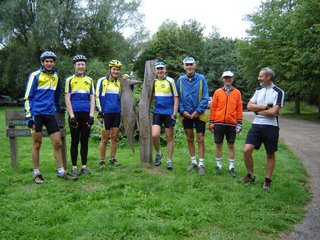 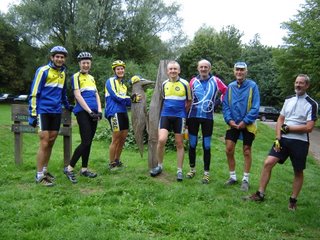 Horton Park meet.
Posted by Ray Dare at 21:41 No comments: