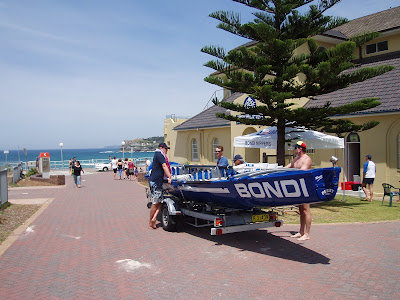 It was good to see Ron looking well and attending the club room on Thursday night. He was clearly getting back his sparkle! He mentioned Bondi Beach and said he was surprised how small it was and it remminded me of my last trip there in November 2009. My impression was that the beach was rather large and the "Sheila's" even larger. I suppose it's all in the eye's of the beholder. See below! 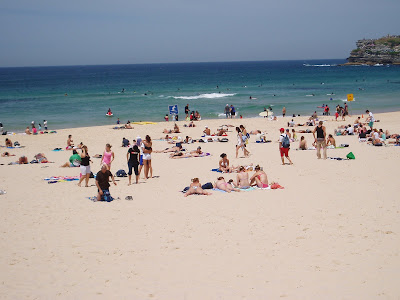 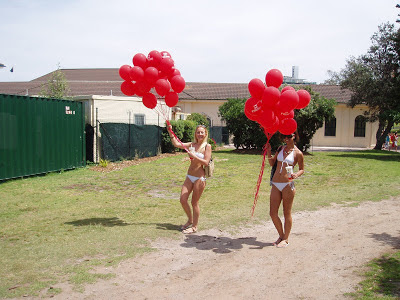 Anyone interested in more pictures I would be happy to oblige! What's this got to do with cycling you may say well I was on my mountain bike at the time! Andy how about a Thursday evening off-road!

Notice is hereby given that the 2012 Annual General Meeting of the Kingston Phoenix Road Club will be held on Thursday 13th December 2012 at the Worcester Park Athletic Club, Green Lane, Worcester Park, Surrey; commencing at 8pm sharp.

All motions for inclusion on the agenda, and any early nominations for Officers or Committee Members, must be lodged with the Honorary General Secretary at least 14 days prior to the AGM - no later than 30th November 2012. All motions shall be in writing and signed by both proposer and seconder. Any nominations shall also be signed by the nominee indicating their willingness to stand. Proposals/nominations by email will be accepted.

Here are some pictures from a very successful girls' ride today. 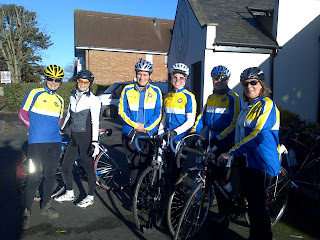 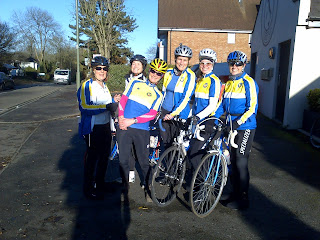 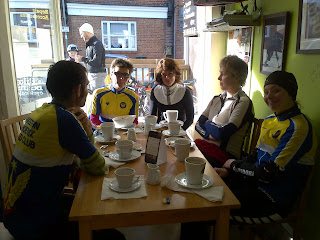 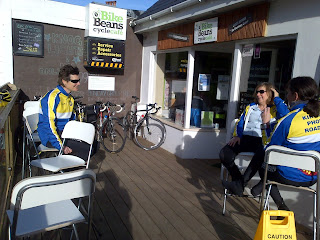 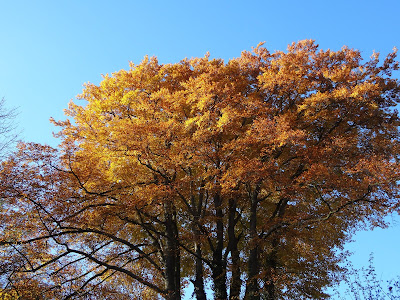 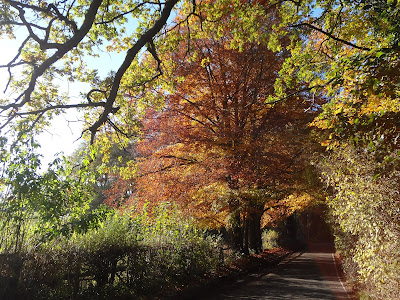 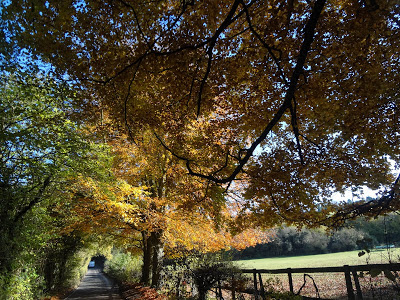 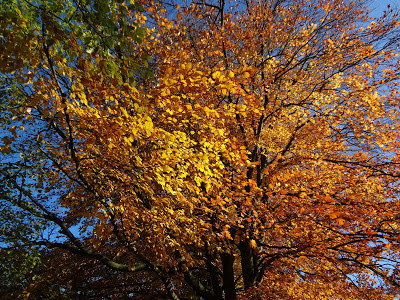 Dear Jake,
I was out at the Vineries today and when eventually Daveb + 2 others arrived, Dave said that Gary had broken his arm! I am sure I can speak on behalf of the whole club and say how sorry we are to hear this! Is it the same arm as last time?
We all wish Gary a speedy recovery but tell him not to make a habit of it, it must affect his training schedule!
MHM
Posted by mike morley at 23:49 No comments: 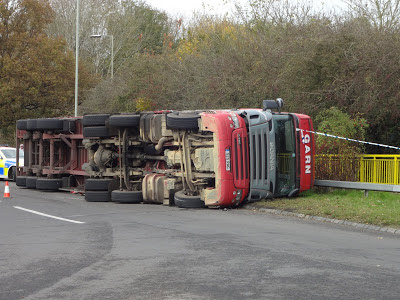 A
A memorable ride in more way than one. Thank goodness there was no cyclist being overtaken by this lorry around the South Holmwood Roundabout! The moral of the story never get caught on the lhs of a truck, always overtake on the rhs!
A 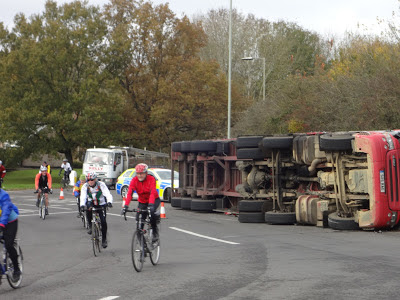 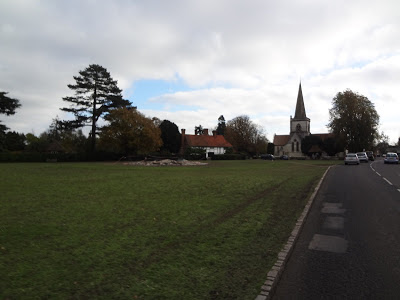 Brockham bonfire - not much left! Did anyone go? 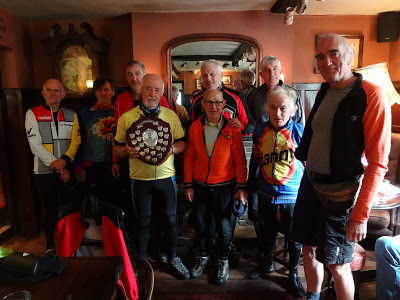 I know that we are not supposed to self publicise but this is me with my Mark Roy Trophy which Terry had kindly bought to Cobham for me after it was engraved. Unfortunately I did not have a panier as I was travelling light on my Fixi and struggled up Ranmore! Ray however came to my rescue with a light back pack so I managed to get the trophy home! 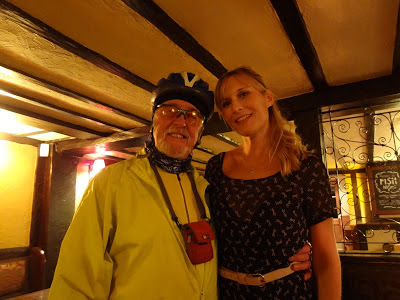 It had been my intention to go to the Chequers at Walton on the way home as it was one of Jeff's days on, if you will excuse the expression but due to a misunderstanding between rides leader Ray & me we went to Banstead for tea instead of Fanny's Farm. My consolation at the Chequers was that I met the lovely Helen and as Jeff never turned up he missed out! The moral of the story stick with the Fixi's for they are the salt of the Earth (or was it the Dearth!) 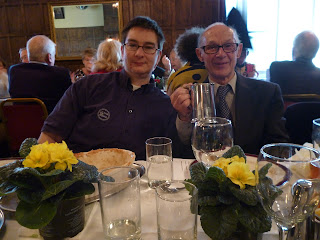 A surprise presentation of a cup for my record ride in the SCCU '25' at their lunch yesterday.
Posted by Ray Dare at 11:07 1 comment:

The clubs AGM is on thur 13th Dec down at the club room, in the back room. Worcester park athletics club Green lane . 8pm SHARP so get there early to buy a drink and sort out chairs. Try and keep this date free and attend and meet everyone else in the club.
Posted by Jake at 09:48 No comments:

Ron is back at home.

Steve Hillier is going to book a bus to take us all from Airport to Puerto Pollenca. Could everyone who wants to join the bus E mail Steve at steve@kprc.org.uk so he can book a big enough bus?
Posted by Jake at 08:39 No comments: