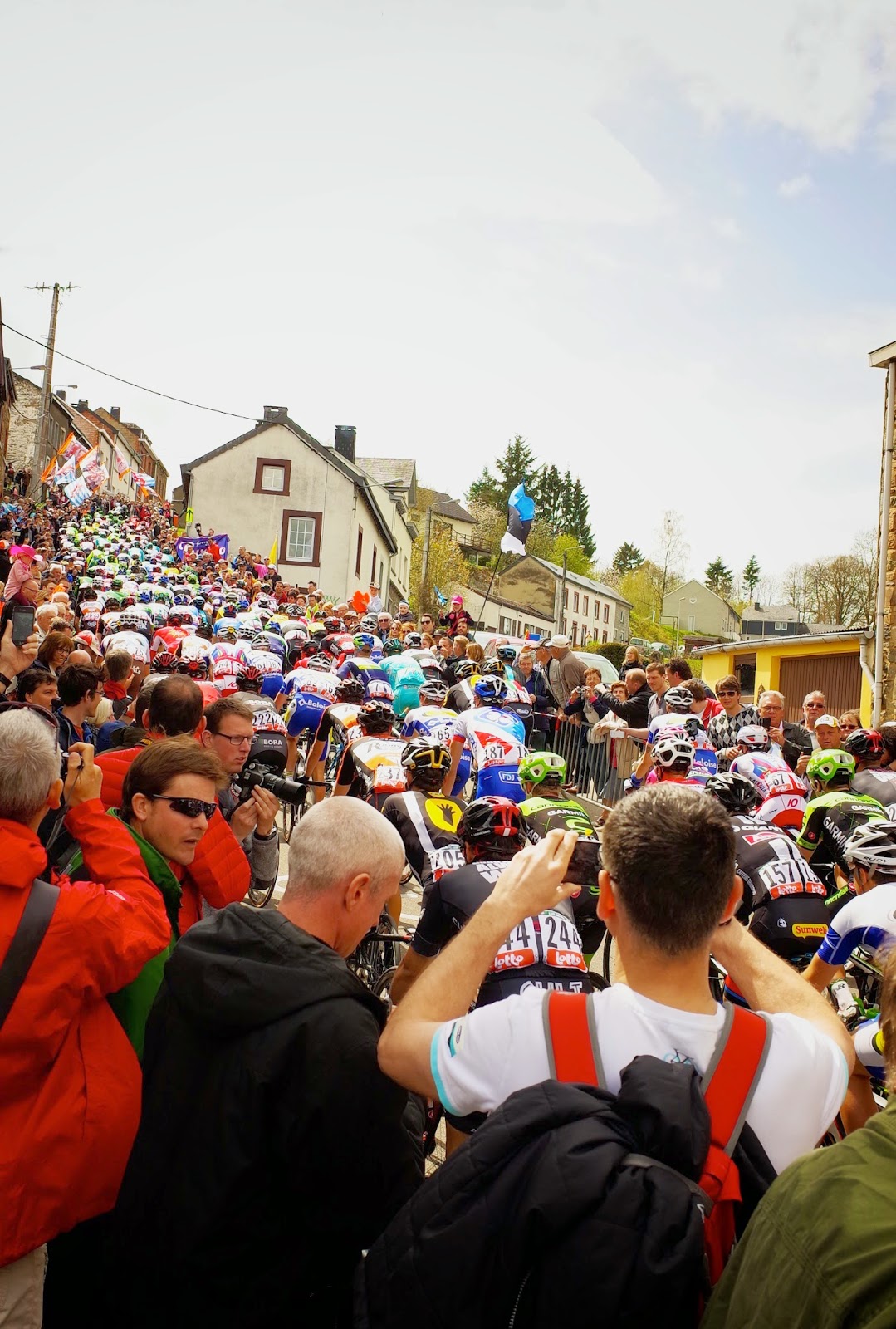 Last year, I made the discovery that is is possible to ride the course of most of the Classics, as a Sportive, on the day before the professional race.  Paris-Roubaix was great fun, so this year's ride was La Doyenne, the oldest of the Classics, Liège-Bastogne-Liège.  This was the 101st running of the race since 1892.  They skipped a few years for the First World War, and a couple more for the Second, but they haven't missed many.  It's a race steeped in history and tales of cycling heroism - Hinault in the snow, Merckx in a 100k break to victory and many others.

It's an Ardennes Classic, quite different from the Flanders Classics like Paris-Roubaix, so there are fewer cobbles.  There are some, of course, or it wouldn't be Belgium, but it's mainly about the hills.  Lots of hills, the stuff of cycling legend.  I had formed the mistaken impression that the Ardennes were rather like the Surrey Hills, which is true to a degree, but the scale is bigger.  The Côte de la Redoute, for example, is steeper than Whitedown at 21%, but is nearly three times the length.  There are eleven classic hills, nine of them used this year, and they are joined by un-named hills, some very long, so you spend the entire day climbing or descending.  It's even a 5k drag up to the finish.  Unsurprisingly, the locals are very good climbers.

The Sportive offers three distances, the full course at 273k; mid distance at 156k and a shorter version for old people and children at 75k.  I went for 156k, which turned out to be nicely over 100 miles by the time you had ridden from sign-on to the official start and from the finish line in Ans back to the Sports Centre for medals and beer.

The day was mostly drizzly, with some mist on the hillsides, and it tipped down a couple of times, which all seemed rather fitting.  The poor weather forecast led me to take my disc-braked Lynskey, not really a race bike.  But the brakes work in the rain and it has a triple, which came in handy more than once.  Stroke of luck.

There were more than ten thousand entrants and the event was immaculately organised.  Excellent signposting, helpful Marshals and cheerful staff at the Food-Stops, where rock music kept you in the mood.  Great stuff. 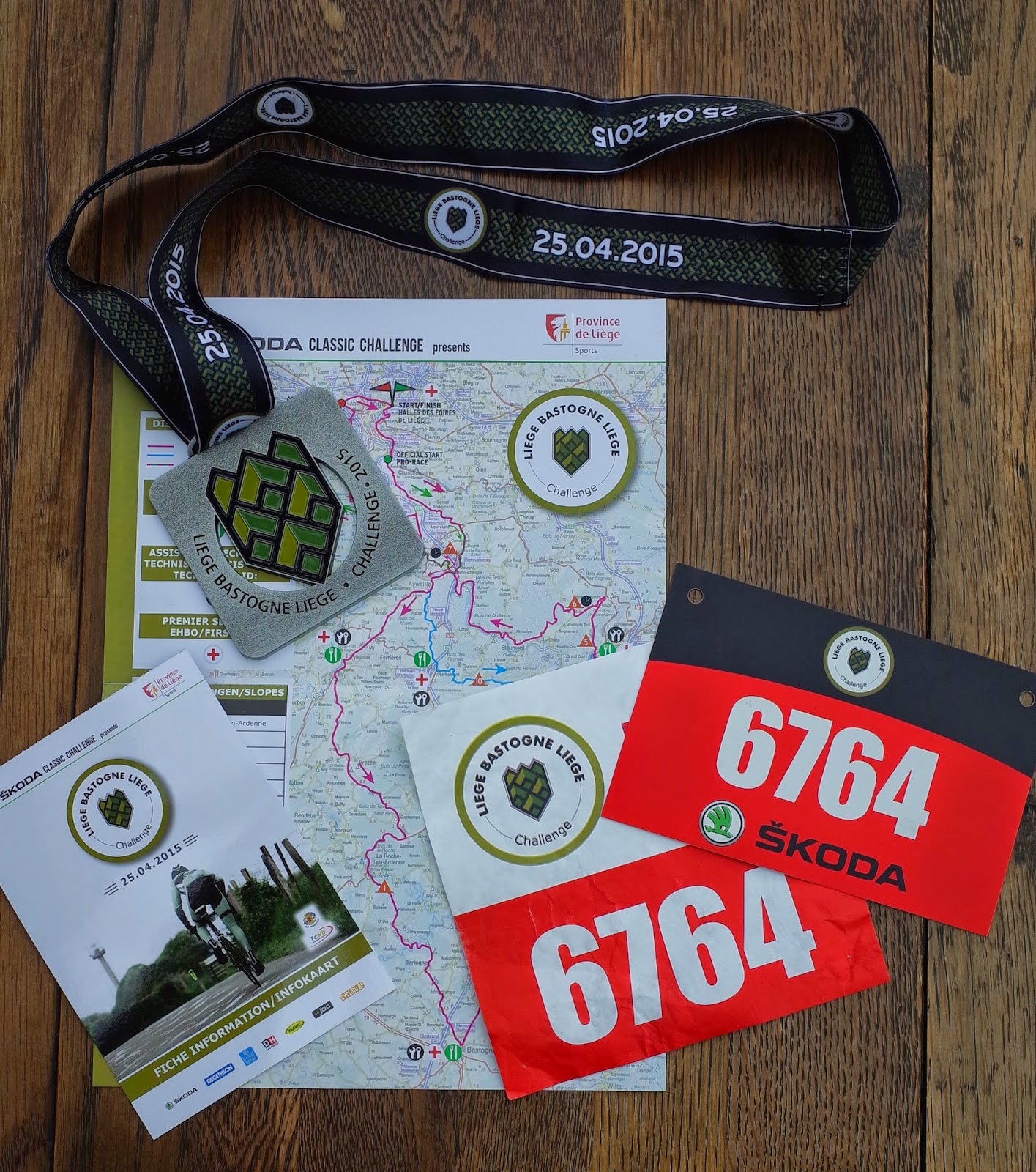 At the finish line there was excellent security for your bike, so that you could collect your medal and have a beer without worrying, then back to the Hotel for a long hot shower and a traditional Belgian supper.

A proper day out.

ps - on Sunday, Alejandro Valverde won the pro race in much the same time as I took.  He had done 100kms more, of course, but then, he is a younger man ...